Many deer hunters wake up early enough to get to the hunting ground just before daybreak. There is another category of deer hunters who only hunt in the evening, a few hours before dark. What is even more exciting about both hunting trends is that, in some cases, the hunters cannot explain why they follow these schedules. All they can say is that they were taught that way. However, some of them base their best hunting time selection on their beliefs.

For instance, some deer hunters from each of the above categories believe that their hunting time is the perfect time to find a trophy buck. However, the real experts may have a different opinion. This guide presents to you detailed professional findings on the best time of day to hunt deer.

Never assume that deer keeps the same schedule as humans. That would be a stupid mistake to make and possibly a source of your failure as a deer hunter. However, the animals would love to keep a schedule that is a complete inconvenience for the hunter. Some people believe that the best deer hunters can whisper to the animal. Those must be the most talented and most gifted class of deer hunters. 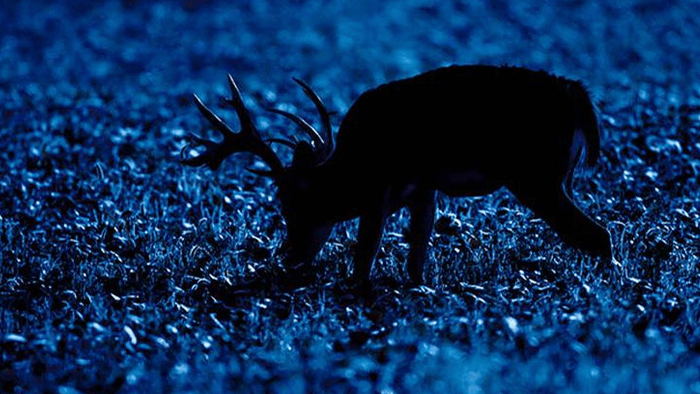 Away from the beliefs of the hunting world, the correct deer timing depends on a variety of factors. Like the hunting experts would tell you, it is possible to understand the deer’s internal clock. It is a skill that is essential to successful hunting. You need to know when the animals are more likely to move, feed, mate, and bedded down.

When you have the correct schedule, you can move to the stand on time to make the kill. Remember, this internal clock is not so obvious. It is not specific or set on a stone. The time depends on several factors, and therefore it may change from time to time. To be a good hunter, learn not to underestimate the deer.

They are so unpredictable in most circumstances. Take some time to analysis how weather influences the deer’s schedule. The information you get from such analysis will help you narrow down on how to successfully hunt down deer regardless of the time variance. You must also look closely at deer behavior and how it changes with seasons.

These two times are going to be your best bets as a deer hunter. They are the perfect times to hit the stands. You can spot deer at any time of the day, though they typically move the most at the beginning and end of the day. Now, this explains why most deer hunters go hunting some time before sunrise or sunset. It is because they want to catch the animals on the move. Dusk or dawn is a common question among hunting enthusiasts. Each of these times has its pros and cons. Weigh the strengths and weaknesses of hunting in the morning and evening before you settle on either.

One of the most obvious cons of hunting in the evening is that it is only going to get darker at dusk. And since unlike the deer, you depend more on sight as the main sense, you may find it impossible to hunt when the night approaches. However, hunting at dusk also has its advantages over hunting at dawn. One of them is that deer desperately move to the feeding ground at this time, after sleeping the whole day. They are stupidly hungry at this time, and that makes it easier for a hunter to maximize the kill. Besides, you will have to go to the stand in the afternoon when there is plenty of light. Most hunters prefer to hunt in the morning because of the light, among other factors. However, to hunt in the morning, you have to go to the stand very early; when it is still dark.

Deer rarely move during the day, but when it rains heavily, you can spot them looking uneasy. That is because heavy rains interfere with their senses of smell and hearing so that they only depend on sight. That is why hunting experts make so much kills when it is raining heavily too. You may also find one or two deer feeding during the day.

Also, when something disturbs them while they are sleeping, you may bump into a few of them moving in the middle of the day. As a hunter, you should learn to take advantage of such moments or movements. It can lead to a big win for you.

The rut makes a substantial difference too. A lot of things will change with the deer’s change of food sources throughout the year. But during the rut, you may need to throw everything you think you know out of the window. Deer typically keep to a more strict routine when they are not mating. That is why it is easier to hunt them at this time than at any other time.

However, during the rut, they become even more complex to keep track of. They also become more unpredictable as their movement becomes erratic. They are always willing to change their schedule for mating and mating only.

They are even willing to risk other things for this moment. This is when most hunters my feel really outwitted by the deer. But it is also at this time when the animals are mating that you can find a buck wandering off in the line of your bow, alone and off schedule.

The more you spend time hunting, the more you get to learn more about deer. You will gain more experience first-hand and build a better understanding of their schedule. Remember, the moon also makes a big difference in the deer schedule.

For instance, during a full moon, they more likely to be spotted in midday. As the moon waxes and wanes, the deer’s extra movement also moves later and later towards the early evening. You can take advantage of such extra movements too. By now, you should know the best time of day to hunt deer. So, go out there and do your thing.