Coyotes are intelligent and smart animals, which have keen eyesight and a good sense of smell. In the community of sportsmen catching a coyote can make you get a badge of honor. Coyotes are in different parts of the world like the United States, Central America, Mexico, and Canada and they tend to live in the countryside. On the other hand, they are learning to adapt to city life since humans have moved so much into their habitats.

Hunting a coyote is not an easy thing, and therefore: there are several things that you should consider while hunting them. This guide explains the best time to hunt coyotes and much more. 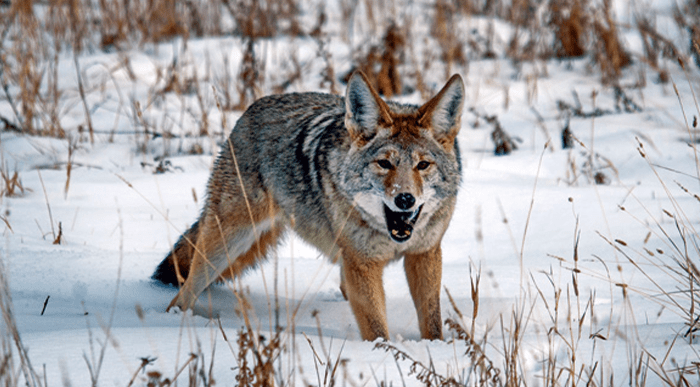 Is there any specific time that is ideal to hunt coyotes? Yes, of course! Early morning is the best time for you to go hunting. Animals are usually active early morning and late evening. Coyotes respond to siren or howling. Based on the time of the year, this will give you a clue on the type of howl to make. Coyotes are rare during late morning hours or noontime. You can, however, try your luck since a coyote is an opportunist when you call it a free meal would make it curious.

They are mainly active at this noon hour if it winters season. However, during afternoon finding, a coyote can be challenging, but if you have a good location, setup, and approach, you are likely to be successful. If you want to hunt a coyote then you should pick on the best time, in the evening this is the most productive time, just be patient and pick on a good stand. During the moon phase, you can also call a coyote, and a full moon can make things a little difficult since they see well at night.

During winter, coyotes burn a lot of calories and so can eat at any given the time of day. Weather will play a major role in catching a coyote when there is a storm, rain or nasty snow weather a coyote will find a place to hole up, and so you can easily get them in such areas. However, after a storm will be the best time since the coyotes will come out to eat, so this is the best time to hunt them.

What should I Use to Attract Coyotes?

The best way to capture a coyote is by using bait. However, coyotes have become smart enough and recognize unnatural things, and so it’s good to get something that is effective. The best bait for a coyote is the remains of a live animal, the bigger and meatier, and the better. Keep smaller animals and smaller bait options for times when there are many coyotes or little large bait. Pigs and hogs can be a good option to use as bait. 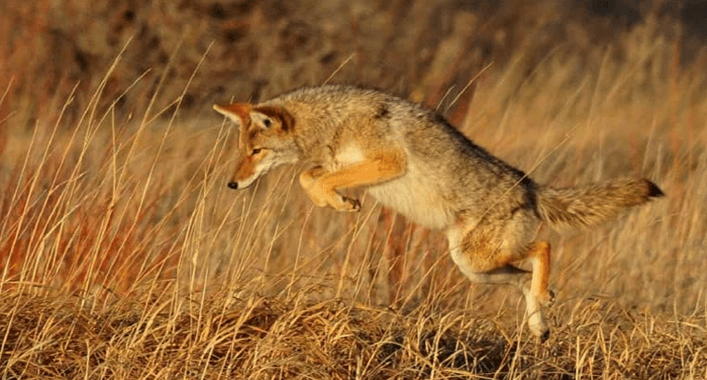 They attract coyotes and so will get lured by meat they have not hunted by themselves. Deer carcasses are also a great item for coyote’s baits. They are bigger than other available options and so, will attract coyotes without hem having a fear of being trapped. It is also advisable to use afterbirth from farmers, especially after animals like cows and goats have given birth. Leave it at someplace, and then you can easily catch a coyote. They get attracted to the smell of afterbirth.

The carcasses of beavers can also be used to attract coyotes; they view a beaver as a meal they cannot get daily, so when they get a chance to have it, they will be willing to take risks into getting the meal. It is advisable to place the bait in an area where a coyote will not feel like it’s a trap and can move towards the bait without much suspicion.

Is Coyotes Active in The Fall?

During the fall, the coyotes are active; they are so anxious to be called, and the weather is just right. The young pups are on their own out there. So you are likely to hunt many of the young puppies. During this time, you can use prey distress sounds, and hence you will attract the coyotes. The coyotes are mainly active during spring, summer, and autumn or fall months. His makes it easy to catch your prey; hence it will be easy for the hunter.

How Long should You Call for a Coyote?

A coyote will not come running since they have heard something sounding like a dinner bell. There are so many hunters, and so it’s difficult to find a mature coyote that hasn’t been called before. Many coyotes will run and hide when they hear a call common and one used by most coyote hunters. You might have success if you use a call that is not common.

Therefore, using electronic call s might help you since you will be able to capture the sounds of uncommon animals like birds. The time limit of calling a coyote depends on some things. For Instance, if you call them too much, this can warn some curious coyotes. On the other hand, calling them a few times might not entice coyotes that are far.

Open areas will require you to call louder and longer. You can check on patterns on areas you hunt and outcome after making the calls; this will determine how long you can make a call to a coyote.

With current technology, hunting has become a little easy. You will need to check on all factors that can make you easily capture a coyote. First, know the location of the coyotes; they like living in areas with small game animals like mice, birds, and vermin. You can also find them in brushy and swampy areas. Check the time of the year and time of day when you are hunting a coyote. Temperatures are a great deal when it comes to hunting coyotes, and cooler temperatures are suitable for hunting coyotes. Therefore, consider all these factors when you want to hunt a coyote.