The smallmouth bass is a freshwater fish in sunfish family Centrarchidae.  It is popular game fish sought by anglers throughout the temperate zone. The smallmouth bass is brown, but sometimes it appears as black or green red eyes and dark brown vertical bands. In its dorsal fin, they are 13-15 soft rays. Are you looking to catch a boatload bass? Would you love to fish? Then you should know what they love eating, what they cannot resist biting. Consider knowing their habitat in which they live in. This may help you to dictate their diet, seasons, and type of bass. Through my review, you will be able to know what do smallmouth bass eat.

What Do Smallmouth Bass Eat?

Smallmouth bass has a relative with largemouth bass, are opportunistic feeder. Their diet depends on the environment where they are found. Smallmouths are carnivores and predators. They can eat living creatures found in their ecosystem. Mostly they feed during the daytime; however, they do feed at night during the warm months.

What smallmouth eat usually depends on the availability of it, size, and age of the bass, seasons, water temperature, and air temperature. In cool lakes, smallmouth feeds heavily on crayfish, insects, and other invertebrates. They are also found in moderate current rivers. In habitat, there are found around rocky bottoms and shaded areas. Smallmouth bass feeds on.

Smallmouth bass generally can eat whatever food available to it. Minnows are good source of food. They can also feed on other small fish, such as shad. Shad is an essential source of food in the warm climates during summer or during winter. Smallmouth bass during the winter they do not feed much, but a dying shad drifting is tempting.

Smallmouth bass always takes advantage during insect seasons, eating bugs like beetles and other insects that go near the water. Insects can be used as a way to catch smallmouth bass because they bite anything, mostly during warm months terrestrial insects are active.

Smallmouth also feeds on amphibians like lizards and frogs. It depends on the location and time of the year.

Smallmouth are omnivorous; this is because of the food they eat. They mostly feed on predators, fish, aquatic, and terrestrial insects. Smallmouth bass diet is determined by its age, size, stage of development and distribution of food sources. This is found in various habitats and the availability of other predators competing. When the smallmouth bass is1 inch long, the insect and small fish become their diet. The bass usually met exclusively by the York within its egg sac. It takes a week after hatching, and then the York sac is gone, where they are is a new predator which mainly feed on microorganisms, copepod, water fleas, insect larvae, and nymphs. At this point, the new predator remains very close to its site of birth in shallow water, where patterns run parallel.

The body size of smallmouth will depend on the number of eggs laid. The amount of food eaten tends to water temperature will be varied in growth. Smallmouth in low reach 3-5 inches and grows sexually mature in the second or third year of life. However, where water is cool in all seasons maturation may delay until the third to the fourth year.

They are things that fascinate angler, whether young and old alike, is the age of the fish they are catching. The maximum age of smallmouth bass which lives in Ontario. It is determined that the quality 3-pound, smallmouth bass in the lake are 15 or 18 years old. Just like any other creature, the eminent affects the age and growth of smallmouth bass. Also, other factors are like temperature, water level, availability of food, and vegetation; it may affect how long bass lives.

This factor varies from one lake to another and state to another state; getting the exact number is very difficult. The oldest smallmouth bass 23 years old Methuselah. The amazing thing is that the bass in the Rainy Lake is typical of smallmouth bass at the northern limit of their range. What is interesting is about fish, and its age is that in a general sense, the faster a fish grow and sexually mature.

In addition, the shorter it is lifespan usually is, it critical to have large and old smallmouth bass in the population. This is because they start spawning in the spring in cold water. When the water temperature is 55f to 57f. You may wonder why it is important that the biggest and oldest offspring will be slower in developing at first when given the cold water. 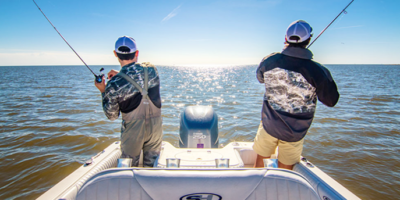 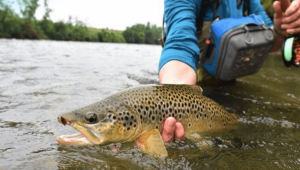 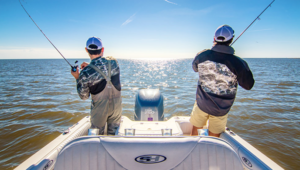