Every year during the autumn season, US residents start to prepare for hunting. Before you get into the US forest, waterfowl, or wetlands, ensure you have the legalized pellet. So you need to be very keen on the type of bullets to use. Therefore, while preparing your hunting gear, ensure you have the legal pellets. If you need to shot some birds like geese and duck, then you need an accurate bullet. In general, if you need to be lucky while hunting, get the best-recommended pellet. Some of the best and accurate pellets are; tungsten, steel and bismuth which are allowed to be used in the US.

In the past, the lead shots were the most common pellets among hunters.  This was due to the fact that hunters were allowed to hunt with any bullet. But later, the government banned the use of the original lead shots in the shotguns. While using the lead pellets, you had to miss several times, and the bullets end up falling into the water bodies. Later, the US realized the bullets and the birds were falling into water bodies and to the ground.  The lead shots had resulted in contamination to both the water and the surrounding. This ended up affecting the life near the hunting filed or place.

What Types Of Shouting Pellets Are Allowed For Waterfowl Hunting In The US? 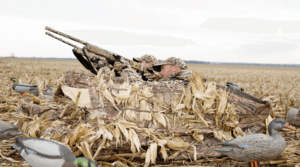 So, if you need to be a legalized US hunter, then you need to comply with the use of non-toxic shots. Although most of the people proposed that, it has been made a rule in the US. In this review, we will discuss the allowed waterfowl pellets.

As mentioned early, if you need to be on the safe side while hunting, ensure you have non-toxic pellets.  Some of them that you may consider include;

If you are looking for the best high quality and cost-effective pellets, then steel pellets are the best.  As compared to other bullets, the steel ones are the best alternative apart from the lead pellets. The main reason that made lead pellets popular among hunters is that they were cheap and readily available.

In an attempt to ensure that the steel pellets are the best, the manufacturer increased the velocity. While using the steel pellets, consider expanding the shotgun pellets size.  The larger the size of the shotgun, the high the performance of your gun. The steel is suitable for hitting all types of water specious as its not expensive like other pellets. 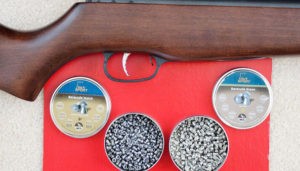 Due to their effectiveness, most of the companies dealing with shotgun produce the steel pellets. Therefore, while purchasing the steel pellets, you have confidence that you are getting the right pellet.

Tungsten pellets are among the few options that you can opt to get. The main reason behind that is that they are a bit less dense than the lead pellets. Their high density makes the tungsten suitable for shooting down and up waterfowl. Their high density makes them more accurate and gives the pellet a high velocity. The high speed promotes high chances of hitting the target. But the tungsten pellets are quite expensive as compared to the lead pellets.

When hunting the big water species like the turkey, pig, or the duck, consider using the tungsten pellets. The reason is that you have limited shooting chances, unlike hunting upland games or waterfowl. Thus the manufacturer usually makes federal Remington, Hevi-shot, and Winchester include and improve your hunting gear.

The high density makes bismuth to have almost the same characteristics as the original lead pellets. Bismuth is well known for its amazing downrange energy. The average energy allows the user to take perfect and effective shots, unlike tungsten and steel pellets. The bismuth pellets are a bit cheap as compared to tungsten pellets. Therefore you assured of getting a pellet with almost the same ballistic characteristics as the lead pellets.  Today, Rio Company is among the best manufacturers producing quality bismuth pellets.

Despite that the bismuth pellets are a bit expensive than the steel pellets, most people prefer the bismuth. Besides, the bismuth it’s suitable for most of the shotguns. 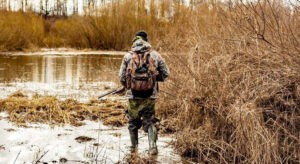 It’s always good to be on the safe side of the law all the time. The United States does not allow the use of the lead pellets in waterfowl hunting.  However, that doesn’t prevent the hunters from hunting. We have thoroughly discussed the common types of pellets that are legalized by the US government.  Therefore, if it’s using non-toxic pellets, then you are supposed to go for that. As we had seen early, the lead pellet was the best choice.

But because of its negative impact on the environment, it has been banned. Change is invertible; thus, we should always embrace the new replacement for future benefit. Lastly, if you are aiming to get into the hunting sector, it’s a must to follow the stipulated rules. Steel, tungsten, and the bismuth are the legalized shouting pellets for waterfowl hunting in the US. In addition to that, they are suitable for the majority of the shotguns. 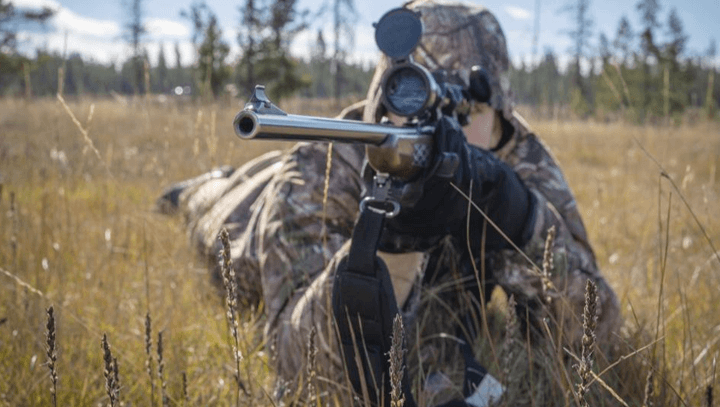