Squirrels are one of the most amazing animals I’ve seen in the world. They are quick in their movement, have bushy tails, slender bodies, and big eyes. They are also omnivores that live underground by digging holes and burrows in trees. Researchers say that squirrels, especially mother squirrels, have personalities that help them take care of their young ones. Some personalities include being passive and being aggressive, especially red squirrels.

They prepare for winter by burying their food in which they consume when winter comes. Squirrels scream when they sense danger or when they see a predator. This creates alarm and alerts other squirrels to keep watch. There are five different types of squirrels namely;

When are Squirrels Most Active

Squirrels are normally active during the day. This is during the seasons like spring when they need to search for their food.  It can be easier for you to hunt them either during dawn or dusk. Some squirrels also tend to be a bit active at night, for instance, the flying squirrels. They make some noise indicating their presence. They give birth usually between March and April, and the second litter comes from July or August.

This means that during this period, the mother squirrels are not very active as they are almost their delivery period. During daytime in spring or fall season, the squirrels find food, and they store them by burying them underground to get ready for use in winter. They get busy saving for the future cold month.

Best Time of the Day to Hunt Squirrels

Since squirrels are active mostly during the daytime, it becomes easier to hunt them. Most notably during the fall and spring months, when they are out to look for food, you can hunt them in large numbers. The best chances are during dawn and dusk.

Squirrels enjoy sunny and warm days and thus can be easily hunted on such days.  When it is dry, it becomes easy to hunt them as you will hear the woods rustling through the leaves and the bush. Squirrels love jumping, and they have a swift movement. You ought to be keen to listen to the direction they are screaming from and swift too to catch up with them as they run.

You can also hunt the squirrels when there are rains. However, heavy rains and wind will make it difficult to hunt them. This is because they will go out and look for places to shelter and protect themselves from rains and wind, making it hard for you to see them.

Do Squirrels Come Out During Winter?

During winter, squirrels stay in their nests, holes, and burrows. They become idles and inactive too. They get active for very few hours in a day. The time is used to feed on nuts, seeds, flower buds, among others. During the cold season, squirrels share a den, making it easier for them to live together. When they mass their bodies together, they create warmth, and the heat is preserved.

The squirrels eat huge amounts of food during spring and fall seasons. This food enables them to create a reserve in the body to be used later during winter. The food is conserved in the form of energy, and there is a thick layer of fat formed to act as an insulator and thus prevent them from cold. It conserves heat in the body.

Shivering during winter helps the squirrels to maintain their body temperatures. They shiver greatly. Shivering is not only a sign of chill, but it is also a mechanism of the body to generate heat. This is how squirrels make it and survive during winter.

Squirrels have their ways of surviving. They are wise in that they bury their food during the fall and the spring season and preserve it for future use, that is, during spring. They are omnivorous by nature and thus feed on seeds, nuts, etc. They live in nests, holes, or dig burrows in the trees. They become dormant during winter and have ways of surviving this cold season. It is easier for you to hunt squirrels during the day when they get out of their habitats or hunt them on rainy, sunny, and warm days. 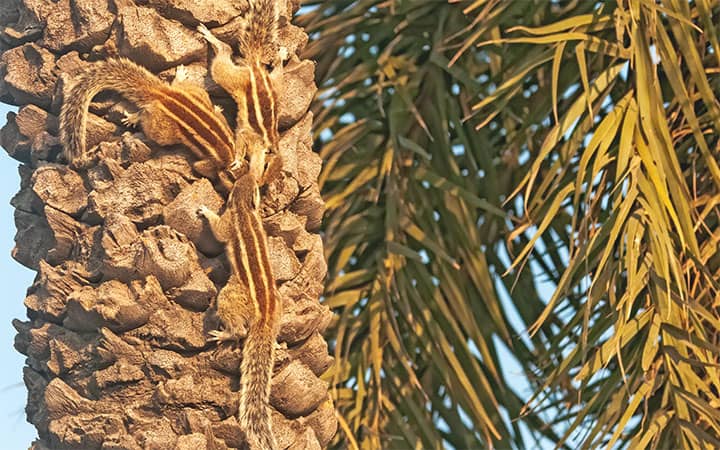